The project “Resset. Gutorovsky Frontier” is a continuation of work on the introduction of innovative underwater search technologies to detect the remains of Red Army soldiers and elements of military-technical history, which are located at the bottom of rivers, along the course of which the front line passed in 1941-1943.

TIn October 2021, we went to the Kaluga region (300 km south of Moscow) to find material evidence of the bloody battle of October 13, 1941 and the remains of its heroes.

On that terrible day, not far from the Yalutorovsky sawmill, the 154th Rifle Division was crossing the Resset River under continuous fire from the German army. This is how eyewitnesses described this day:

“… there were so many people, carts, cars, guns, tractors in the swamp near the Resset River that it was possible to pass only by sneaking under the bellies of horses, under the drawbars of bricks or cracks between cars. The swampy ground buckled underfoot like canvas, under the wheels it burst with a dull exhalation. Guns, carts lay belly down on the rusty, trampled hard grass caught by the frost, and it was impossible to pull them out, and there was nowhere to drag them. Every 5 minutes in the river, where the remains of the log bridge were still visible, shells were laid in bundles…”

By the middle of the day, most of the 154th division successfully crossed the river on the bridge, but the heavy vehicles and the Katyusha division could not be transported — the Germans discovered the crossing and opened artillery and mortar fire on it. One of the bombs hit the bridge, tore off the flooring and scattered the ZIS-8 buses that served as supports. Some of the cars sank, and the Gutorovsky frontier became a mass grave of almost 100 thousand soldiers of the 50th army.

2On October 22, 2021, we arrived at the ferry site in search of the remains of fallen soldiers and material evidence of the past. In order to make the expedition as effective as possible, we have combined underwater search technologies with a survey of the coastline with metal detectors.

On the shore of the Resset, the expedition participants set up a camp, equipped recreation and food areas around the campfire, and also installed a diving post.

A group of divers began exploring the riverbed using side-view sonar. The operator of the device determined the location of the most interesting anomalies, after which the divers dived and carefully examined these areas of the bottom.

Extremely low water temperature, poor visibility and difficult terrain hindered the search, but excellent company, good mood and well-coordinated work of the team gave strength and maintained faith in the success of the expedition.

On the very first day, the divers of the 1XPEDITION project found traces of the battle under the water – scattered logs and a huge number of metal signals in the muddy sediments of the bottom. The findings allowed us to localize the exact location of the crossing.

In parallel with the divers, another part of the search group examined the coastal zone using metal detectors and probes.

At the bottom of the river we found a huge amount of military ammunition: belts, gas masks and pouches, and on the shore — a scattering of shells from Mosin’s rifle.

In the midst of underwater search operations, we came across a large metal object and decided to lift it to shore with the help of lifting parachutes for detailed study. The artifact was torn from the silt and moved to dry land.

All the participants of the project gathered to look at the find — we had a 1941 ZIS engine from heavy machinery in front of us. Some elements of the structure rotated freely with their hands even after 80 years, due to the fact that the mechanism was almost completely silted up all these years.

Its production began in 1932 — trucks and buses worked on it in peacetime. ZIS functioned perfectly on any fuel, its efficiency did not fall even on kerosene. And it was during the Second World War that they began to install it on ZIS-5 trucks, which served as the chassis for the legendary Katyusha rocket launchers, which terrified the German army.

In the process of careful inspection of the coastal zone, we often came across items of ammunition of soldiers of the Red Army: pouches, buckles and gas masks. Unfortunately, we could not find the unburied remains of the fighters. At the end of the expedition, divers localized the frame from a heavy car, but it was decided to leave its extraction for the next time.

Thanks to the project, we were able to look into the past and touch the history of the “Gutorovsky frontier” – a place of sacred memory and heroism of Russian soldiers. The battle artifacts discovered during the expedition were transferred to the museum of the Military Patriotic Club Search Association “Breakthrough” for further study and preservation as historical evidence of the battle of the Second World War. 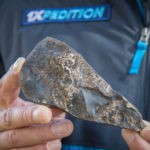 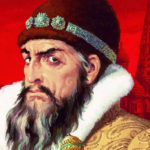 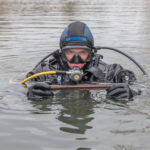